the status of artists 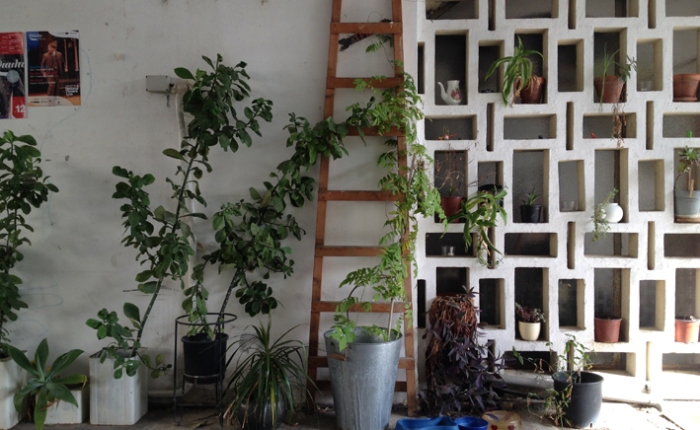 Limassol – Cyprus
30 November to 4 December 2016
organised by the Cyprus Chamber of Fine Arts (E.KA.TE.)
with the support of Cultural Services of Cyprus Ministry of Education and Culture, the Department of Fine Arts of the Cyprus University of Technology (CUT) and the International Association of Arts (IAA).

The symposium was as inconclusive as art itself is, a fact that I consider a great success.

During the five days of the event, we immersed into an array of meals interrupted by lectures and workshops. We ate and talked, then listened and acted/reacted; then ate and talked again. Whatever was the plan at the beginning, or our proposal if you wish, passed through the sieve of the exchanged thoughts and the physical presence of each one of us. What came out as result is a version of the initial thought plus a momentum.

My proposal in brief was this: The blog post as prose – a workshop for performing documentary texts.
Abstract: The workshop is based on texts published on the blog ‘artB-the status of artists’ which is part of the artistic practice of the author. The aim is to exercise association and empathy to the artists’ status. Both professionals in the field (visual artists, performers) and amateurs (general audience) will be asked to read/ perform a blog post as a monologue; the participants convey the text in variable expressions, according to their position towards the artists and their practice.  The read outs/ performances will be registered on video and/or sound recording equipment. The result will be presented online through the blog.

The symposium part of the gathering served me as a loose workshop. It allowed me to study the brain waves of my interlocutors, rather than present my idea or explain what I would want from them. When the time came to execute the idea, we were sufficiently aligned so to have the work done in a few hours.

In the meantime, and in-between it all, I filmed with my handy-cam (a little Sony wonder); on came the sea front of Limassol, the square where we mostly gathered, the museum (Lanitis Centre), the workshop of Katerina Neofytidou at the Limassol Centre of Letters and Arts, and more. I also used separately the other miniscule machine, my sound recorder; on here I captured the sound of the bars at the old centre (our room was right above them), the silence in the museum, and of course the read-outs.

The initial editing was done sitting on the bed of our room, on a laptop/ notebook, using MovieMaker. I reached an acceptable result at 2 a.m., right on time when the bars turned the music off and everyone could eventually sleep. The three videos were presented the next day at the basement of Iroon Monument, in a hasty last gathering. We, K_Van, MJ, and I, had to run right after to catch the bus to the airport of Larnaca. Later, back home, I slightly re-edited the videos to their published form.

Though there has been no conclusion, let me note this (underlying?) thought:

All what passes the gates to society is functional. There is no use in looking for dysfunctionality in successful art.

Yet, why to look for anything dysfunctional, in art for that matters? Would it be because functionality presupposes an acknowledgement of rules and beliefs, even as a reaction to them? Or, other way around, because society aborts whatever can not be assimilated in its structures? Isn’t the dysfunctional the only possible free field for the intellect?

I left the symposium with new thoughts, and gratitude for this ultra temporary intellectual spread.

P.S. This post is another view of the symposium, by K_Van.